The Rise of Specialized Marketplaces in eCommerce 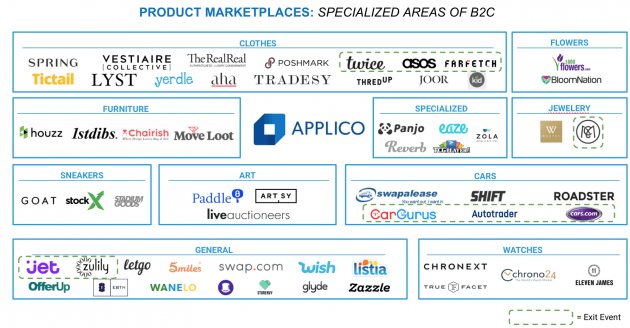 Amazon and Walmart/Jet.com are dominating headlines for their eCommerce growth. This focus is understandable given Walmart’s major acquisitions and that Amazon receives an estimated 43% of all digital sales. But is there room for other marketplaces? The answer is most definitely: Yes!Historically organizations have struggled to compete against platform giants such as Amazon and Uber as a result of network effects, which can create a “winner take all” dynamics. But with marketplaces, there is an opportunity for businesses to compete within verticals. This presents a real opportunity for retailers to launch their own online marketplace.

Retailers have been getting pummeled in the equity markets and rightly so: They have failed to adjust their business model. Linear eCommerce efforts do not compare to the benefits consumers gain by shopping at a marketplace with third-party sellers, like Amazon offers. Marketplaces have the widest array of product inventory and catalog with the most competitive prices because third-party sellers are competing against each other at all times.One way retailers have modernized is through M&A. For example, Walmart acquired the Jet.com band and subsequently doubled-down on marketplace M&A with the Flipkart deal. Beyond Jet.com, QVC acquired Zulily and Target acquired delivery marketplace Shipt. Additionally we have seen few specialized marketplaces go public such as CarGurus.In addition to acquiring companies with a marketplace, leading brands are also launching their own marketplace and successfully competing with the platform giants.

B2B distribution is 2-3 times the size of B2C retail and Amazon Business is estimated to be a top 20 distributor with over $10 billion in gross merchandise volume. The same outcome of specialization is possible in B2B within the different verticals of distribution like MRO, metal, chemicals, medical supplies, building materials and many more. Amazon Business is continuing to grow at 20% month-over-month and is well on track to becoming the dominant generalized marketplace in B2B. However, there is still room for a number of vertical-specific marketplaces in the $6-8 trillion mega-industry called B2B Distribution.Since the threat is more nascent in B2B (Amazon Business started a few years ago) than in retail, incumbents still have time to build their own marketplaces from scratch like Walmart tried to do in 2009 with the Walmart Marketplace. While Walmart’s initial marketplace failed, distributors today have the benefit of learning from Walmart’s mistakes in their own platform innovation efforts.Retail’s Marketplace OpportunityUnfortunately for retailers, Amazon has had a 24-year head start. In order to compete it is critical to act fast, launch a marketplace, and find a niche.These marketplaces offer businesses that are more defensible approach against Amazon than traditional bricks-and-mortar retail – which, per Mary Meeker’s 2018 Internet Trends report, saw declining growth rates once again last year. With Amazon and Walmart now making big investments in Asia, retailers will need to find answers not just at home but abroad as well. Without a marketplace approach, they will continue to struggle in eCommerce, as Walmart did for nearly two decades before acquiring Jet.For retailers looking to compete with dominant marketplaces like Amazon and now Walmart, or even just to find new growth opportunities abroad, these vertical marketplaces represent the best opportunity. By combining the strengths of their traditional retail businesses with the scale and value proposition of a marketplace, they can create growth, access to new markets and a strong moat in eCommerce.For more information on how Walmart stood up to Amazon, download Walmart vs. Amazon, and How Retailers and Distributors Can Win. 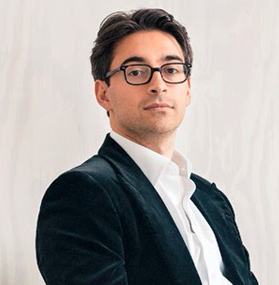